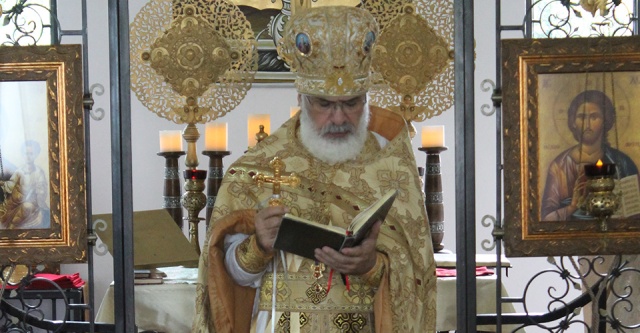 “This news comes from Puerto Rico:
June 10, 2017 the Pan Orthodox of St. Spyridon in Trujillo Alto, PR community were received into the Catholic Church as a Greco Catholic Byzantine community under the “Omophorion” (jurisdiction) of the Latin Archbishop, Metropolitan Roberto González, O.F.M.

The welcome ceremony was presided over by the Vicar General of the Archdiocese, father Alberto Figueroa Morales on behalf of the Archbishop. The priests and parishioners made the profession of faith and during the liturgy were commemorated the Supreme Pontiff, Francisco and metropolitan Robert.

This makes the community of San Espiridión the first Eastern Catholic in Puerto Rico community. Welcome to the priests and parishioners of San Espiridión to the Catholic Church. They will continue celebrating the Divine Liturgy and sacred mysteries according to the Byzantine tradition. The continuous liturgy in the Church Slavonic language, English and Spanish… following the liturgical calendar Julian (old calendar).

The community was under the authority of the Ecumenical Patriarchate of Constantinople (Istanbul). Now it has been under the jurisdiction of the Archbishop of San Juan of Puerto Rico. Probably then pass to belong to any of the Slavonic Byzantine Eastern Catholic churches, although they continue to remain under the local Latin metropolitan authority. 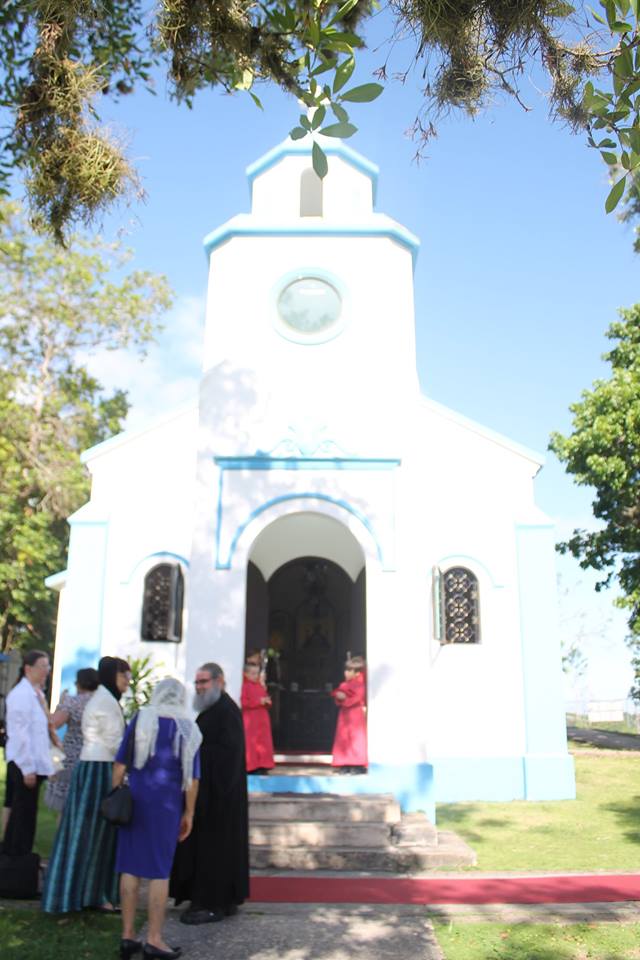 View of the Temple of Saint Spyridon. 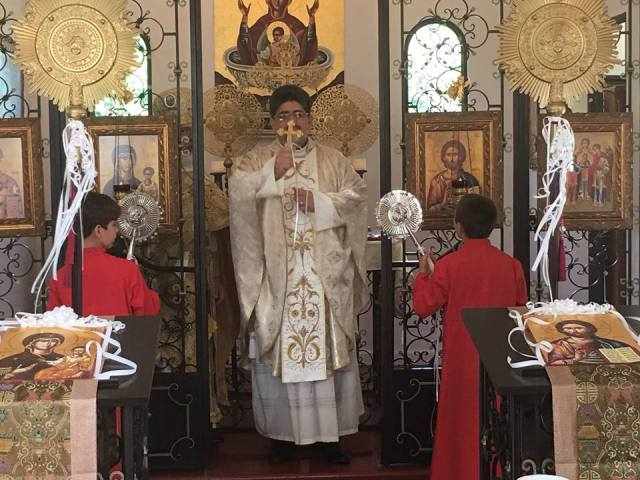 The Vicar General of the Archdiocese, Fr. Alberto Figueroa Morales, to bless the new community greco Catholic in San Juan after having received the profession of faith of them.

Peter DiLeo explains the Community agreement document
between the Archdiocese and the community of San Espiridión.The Archimandrite chaired the first Divine Liturgy as a Greek Catholic community.

The Church was built in the 1930s on the grounds of the old leper, in Trujillo Alto, Puerto Rico. The brothers missionaries Orthodox St. Peter of Cetinje brought this mission to the islands of the Caribbean from the Archdiocese of Mexico of the Greek Orthodox Church in the diaspora and to evangelize new believers.” 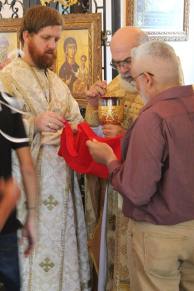 3 thoughts on “BREAKING NEWS: The Orthodox Church of Puerto Rico enters into communion with the Catholic Church.”